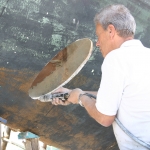 Cutting the hole for the Bow thruster 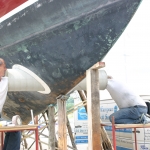 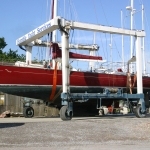 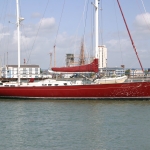 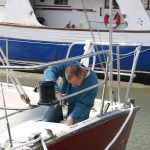 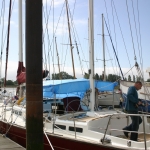 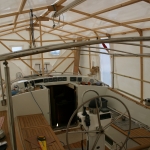 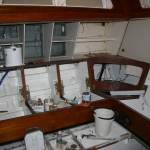 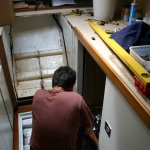 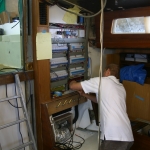 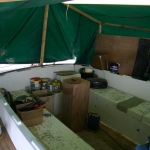 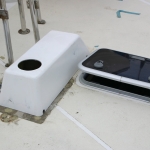 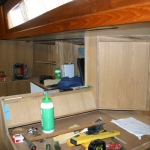 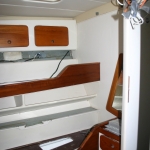 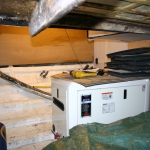 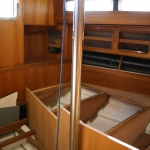 The rear cabin is rebuilt 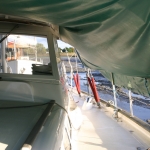 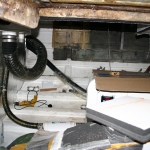 The engine room is stripped bare 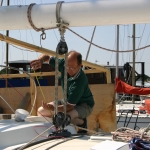 Ocean Free was rebuilt by Ego Dridge at Hayling Yacht Services. Ego was recommended to me – he had been the foreman at Bowman Yachts in Emsworth and had subsequently been the proprietor of Premier Yachts a builder of custom steel cruising yachts. Ego project managed the job and did a lot of the work himself. The arrangement was that this project would be fitted in round his other work and he patiently stuck to it whilst I constantly changed my mind and gradually worked out what I needed.

Ego’s workshop was at a small boatyard on Hayling Island, so the boat went there. It took one of the highest tides of the year to float her into her berth – and when the tide went down she squelched her way into the mud that would become her home for two years. On big tides she would float in the hole she had made – at other times she was safely supported in the soft mud. 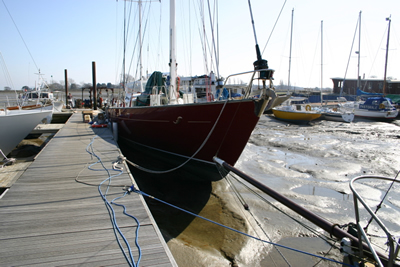 The majority of the work was done with the boat in this berth and everything was carried down a long rickety pontoon from the shore. Next time I do a refit, the boat comes out the water and goes into a shed – whatever the cost! 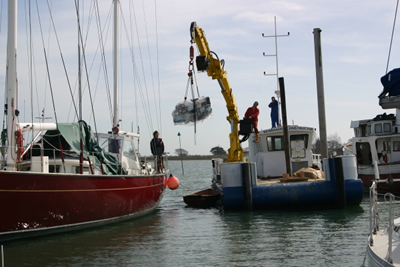 Most things were carried down the gang plank, but when it came to fitting a new engine and genset, we had to hire a crane barge to lift the engine in on a high tide. To get the engine in we had to remove the top of the doghouse roof. The side windows can still be seen in the photo above. In the end we thought the yacht would look better without this doghouse and the rest of it was removed.

Inside we did some major improvements. 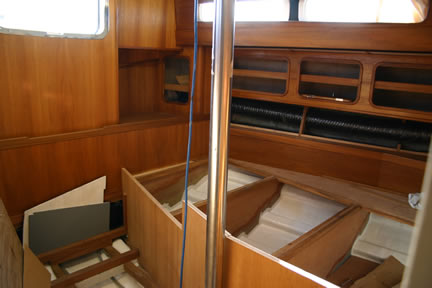 We stripped out the owners cabin completely and rebuilt it with an improved layout. The picture above shows the double bed being rebuilt, with new floor bearers below and new cupbaords aft. 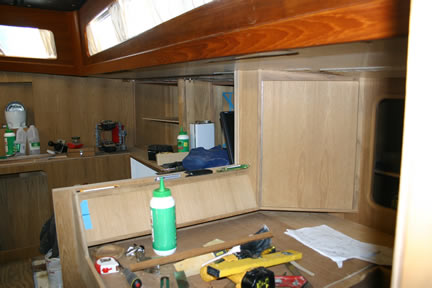 The saloon was also significantly remodelled with a new layout to the starboard side to give more space. The picture above shows the new forward facing chart table being constructed.

On deck, we ended up changing the layout of the cockpit significantly and fitting a new steering pedestal, remodelled cockpit coamings, new teak decks on the seating, powered winches and stainless steel bimini cover. 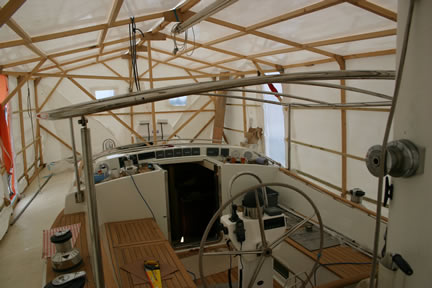 We built a shrink wrapped tent on the deck in order to be able to spray paint the new cockpit. We wished we had done this from day one as it made the working conditions great.

When the work was almost compete, we took the boat round to the Hamble River and craned her out for a few underwater jobs. 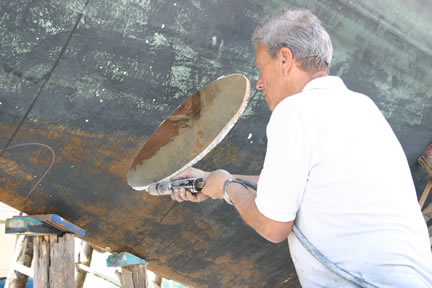 Even Ego would have struggled to fit a bow thruster with the boat still in the water! To do this a 12 inch tube was cut through the bow section of the hull and the bow thruster tube was poked through. A nerve wracking moment as the the hull was cut open. 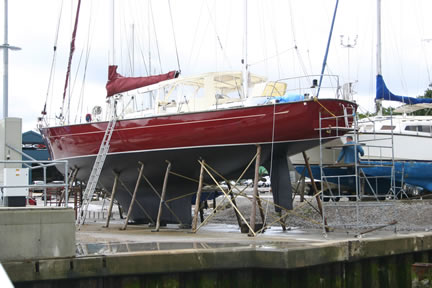 Finally Ocean Free was polished up, anti-fouled and the sails and deck canvass fitted.